Things To Do In Italy: The Ultimate Bucket List

Italy—just hearing its name conjures up images of romantic relationships, delectable cuisine, and ancient architecture. In Italy, there are so many things to do that it can be hard to know where to start. There is something for everyone in Italy, from the Mediterranean to the mountains. This amazing nation has a plethora of famous landmarks, breathtaking landscapes, and charming cities despite the fact that everyone flocks to Rome or Venice. Italy has it all, in fact.

Let's take a look at the best things to do in Italy. 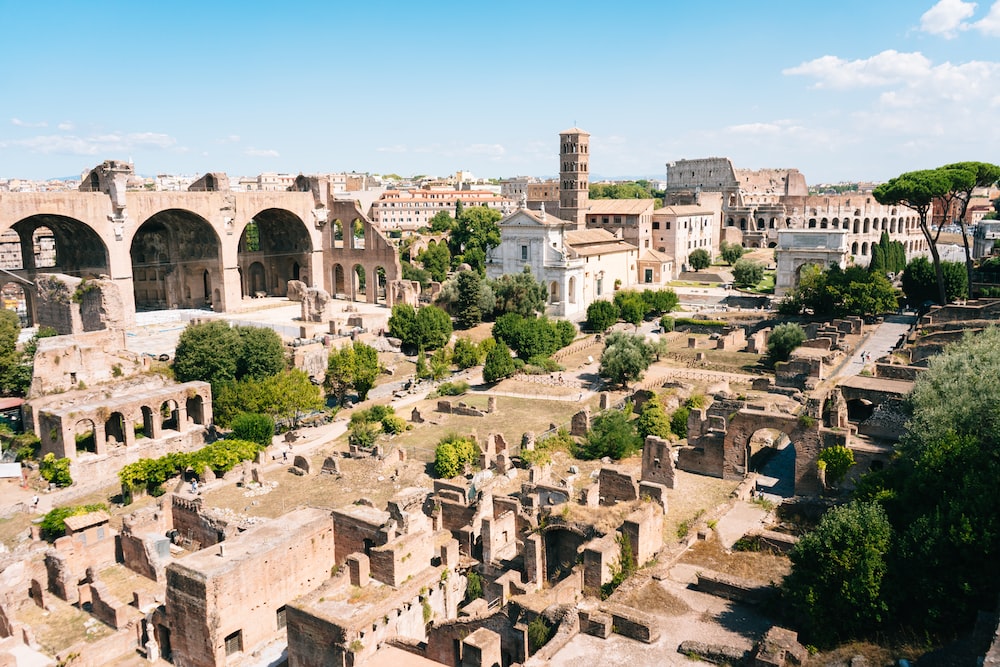 The Roman Forum is one of Italy's other top attractions and is located between Capitoline Hill and Palatine Hill in Italy. This was once the center of the mighty Roman Empire, and you can admire the magnificent complex here and take in views from the terraces across the wider city. The area, which was originally a marshy burial ground, was developed for the first time in the seventh century BCE. Over time, it developed into the social, political, and commercial center of the Roman empire. 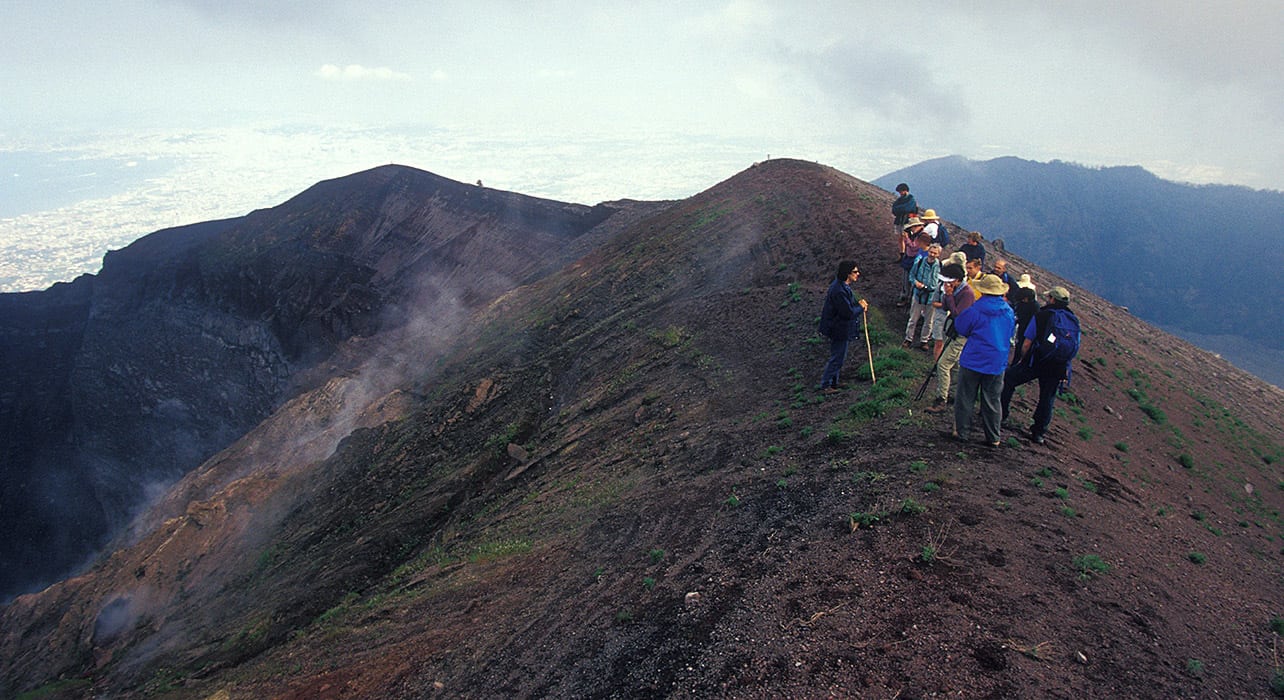 During your visit to Sicily, you must not miss the opportunity to climb at least part of Stromboli, a volcano that is still active. If you want an easy hike, you can hike the 400 meters up the slopes of Stromboli on your own, although if you want to continue to the crater still smoking with clouds of ash and fire, you'll need a certified tour guide to take you. Getting to the top takes about 3 hours with the descent taking about 2 hours, so, in general, you need to spend 5 to 6 hours hiking to see it all. The way to the top can be quite challenging, but worth it for the breathtaking views.

3. Take a boat trip to the Blue Grotto One of the premium sights in Capri is the Blue Grotto, also known as the Grotta Azzurra. The Grotto is the result of a cavern that is filled with water that glows a luminescent blue when the sun hits it through shafts in the sides of the rock. Take a seat in a wooden rowboat, relax, and allow your skilled skipper to lead you effortlessly under the meter-high cave mouth through a tiny stone portal to another world. The sounds of ancient Neapolitan songs echo along the stone walls as you enter from complete darkness into a sparkling cavern illuminated by azure blue light. The cavern itself rises to 14 meters in height in some parts and is around 60 meters long, and you can take in this amazing light show from a rowing boat inside the grotto which makes for one of the most memorable sightseeing experiences in all of Italy. 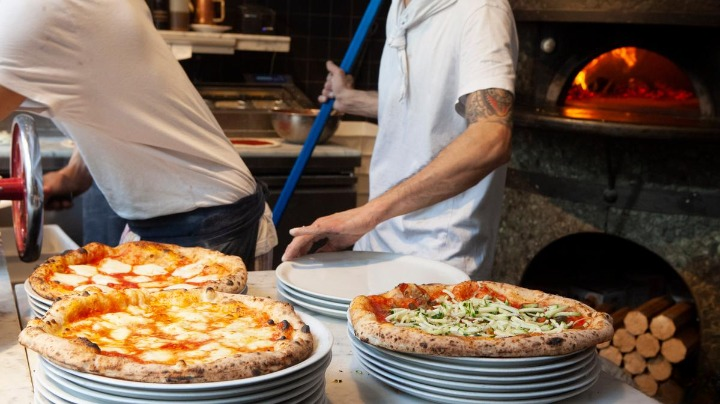 Naples has a lot more to offer than just pizza, but let's be honest: a trip to Naples would not be complete without sampling at least one pizza. Naples is the birthplace of pizza, which would go on to become the world's most popular dish. It is also known as the "Mount Olympus of Pizza." Eating a pizza in Naples isn't one of those must-do things that many experienced explorers consider excessively touristy. Even if you aren't a fan of pizza, you must try a Pizza Margherita in Naples. All over the city, you will find pizza parlors and restaurants, and wherever you choose to go, know that it is this city that is famed for inventing one of the world’s favorite foods.

Although the majority of people today think of pizza as American-style, the original pizza was made in Naples. According to popular lore, Raffaele Esposito created Pizza Margherita in 1889 in honor of Margherita of Savoy, the reigning queen of Italy at the time. Some researchers claim that pizza was invented in Naples well before 1889, and the "original" pizza was marinara, which is made with garlic, oregano, and marinara sauce.

5. Climb the Leaning Tower of Pisa 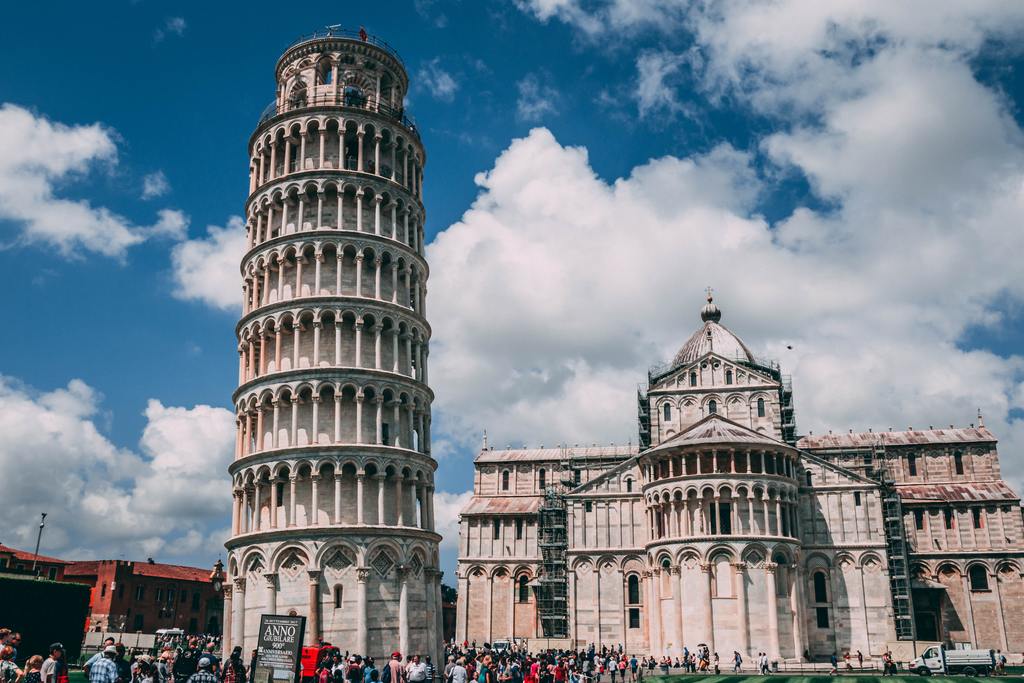 The Leaning Tower of Pisa in Pisa is an architectural glitch because when the tower was built, it immediately began to sink into the marshy land below. This has given the tower a twisted position and at various times during its existence, it was both open and closed to the public as architects struggled to assess whether it was safe to live in. enter or not.

When the tower is open, you can climb up to the observatory at the top, from where you can admire the whole of Pisa.

6. Look at The Last Supper in Milan 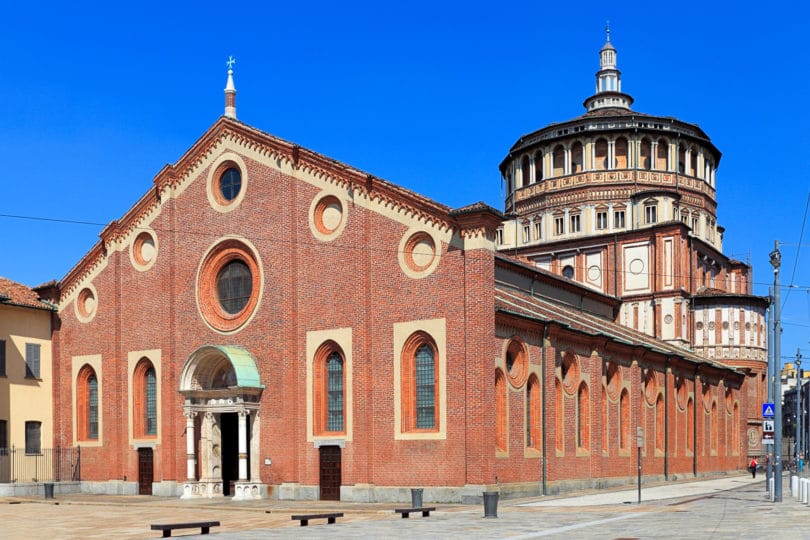 Even if you're not an art lover, you can still appreciate the splendor and religious significance of the Last Supper fresco. Painted by Leonardo da Vinci and displayed at Santa Maria Delle Grazie, the fresco depicts Christ and the apostles. at the last supper before the crucifixion of Christ. Many visitors to Milan consider this the highlight of their trip, and it's an incredibly moving sight even for those who don't believe in the mural-inspired origin story.

One of Leonardo da Vinci's most well-known paintings is The Last Supper (Cenacolo Vinciano). The final "dinner" between Jesus and his disciples was depicted in this work, which was created between 1494 and 1498 under the direction of Ludovico il Moro.

Leonardo did a lot of research and made a ton of preparatory sketches to create this one-of-a-kind piece. Leonardo paints the scene "dry" on the wall of the refectory instead of using the traditional method of fresco painting. The presence of gold and silver foil traces attests to the artist's willingness to render the figures with precious details in a much more realistic manner. His method and the surrounding environment both contributed to the fresco's eventual deterioration after numerous restorations had been performed. 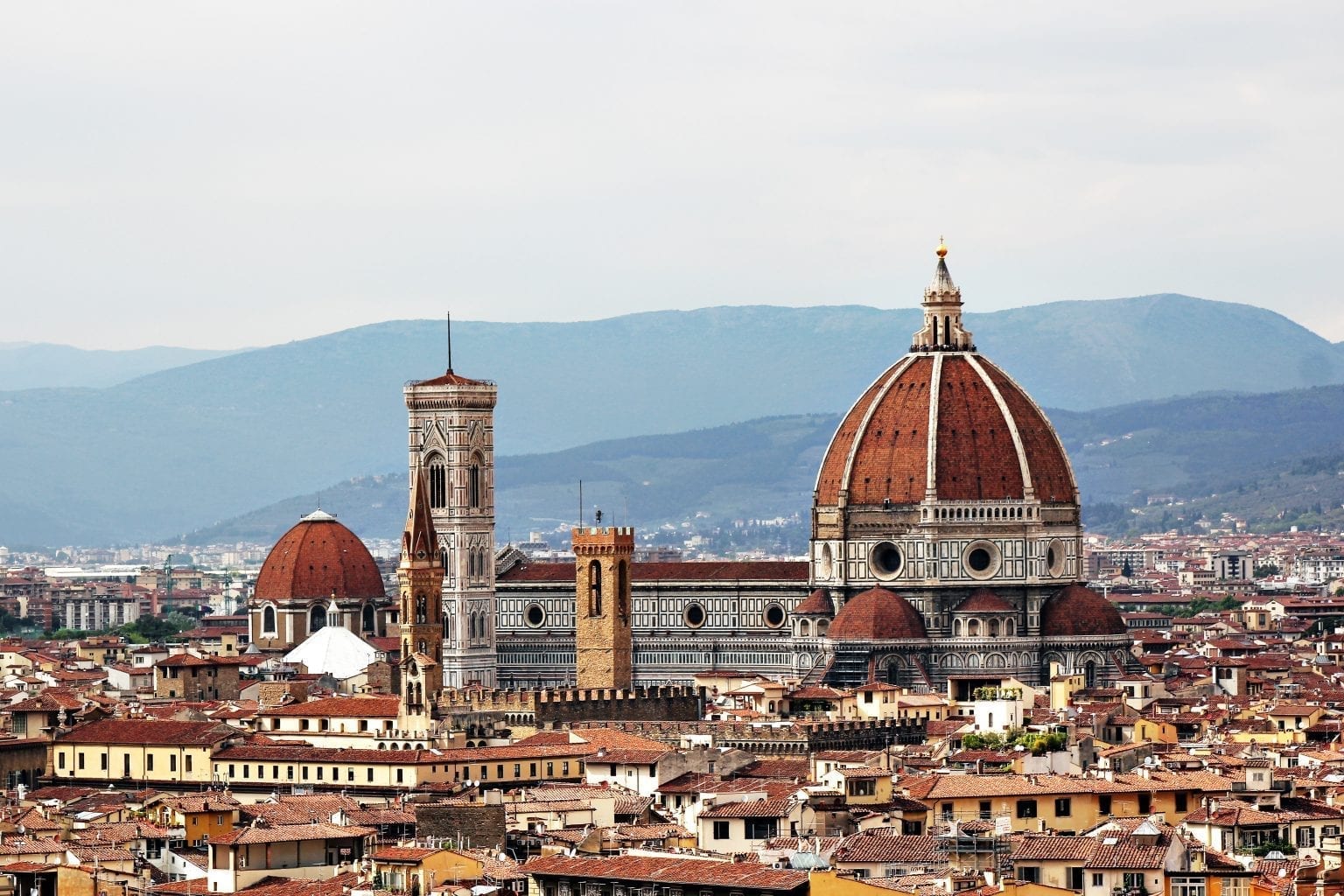 Florence is one of the most romantic and artistic cities in the world and its crowning glory is the magnificent Duomo or Cathedral of Santa Maria del Fiore. The Duomo, which is Italy's third-largest church and towers above the historic center, is an experience you won't want to miss. It is more than 152 meters long and 90 meters wide at the transept (where the two main aisles cross). Yet, the creativity more than the size makes this one of Europe's major must-sees. The church is best known for its soaring dome visible from all over Florence as well as its many colorful frescoes and decorations. One of the best things to do here is to climb to the top where you can admire Florence and appreciate the power of this incredible architectural feat.

Piazza del Duomo is dominated by the magnificent façade, which was added in the 1800s to replace an unfinished facade that had been demolished three centuries earlier. It features a stunning display of inlaid marble in red, white, and green.

8. Journey to the Frasassi Caves 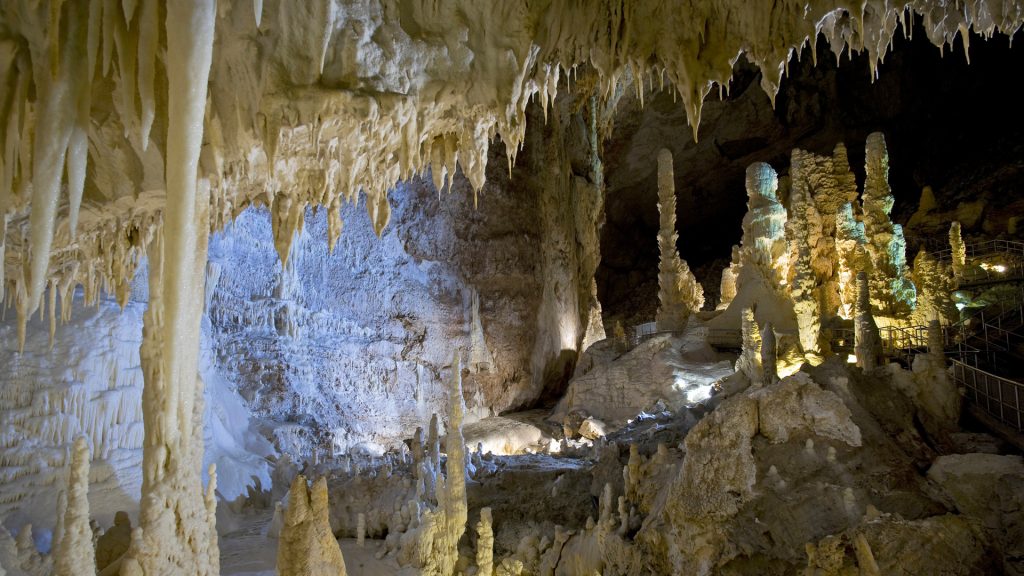 Frasassi Cave is located deep in Ancona and when you go down to this wonderful cave of nature, you can feel like you are entering the center of the earth. The journey takes 75 minutes and you can expect to find some of the most beautiful karst formations. anywhere in the world here. The interior of the cave is covered with passages and lighted areas that allow you to admire the incredible geology inside, such as strange stalactites and stalagmites.

Anyone is welcome to go explore the Frasassi Caves: In addition to the traditional tourist routes, which are flanked by educational workshops for kids, there are two more challenging explorative experiences for people who are familiar with speleologist equipment (which is provided for free when starting one of the two routes).

However, falling into the abysses of the caves below the town of Genga will be an unforgettable, surreal, and in some cases even mystical experience.

Chianti is known for its fine wines, so it wouldn't be possible to come here without taking a wine tour of this region between Siena and Florence. There are many different wine tours in this area, but many of them will take you up the hills and through enchanting villages, visiting local vineyards, and tasting different blends prepared by wine. Provided.

In addition to the wine, you should visit this region for its picturesque landscapes, Middle-Age castles surrounded by vineyards and olive trees, and narrow, winding roads. If you're driving, take the Wine route, get lost, and enjoy a Chianti wine tasting at one of the many vineyards.

The Chianti map has a number of different names: Colli Fiorentini, Colli Aretini, Colli Senesi, and Colline Pisane including Chianti Classico, Chianti Rufina, Chianti Montalbano, and Chianti Montespertoli. The Colline del Chianti (Chianti Hills) encompass the entirety of all appellations and only a small portion of the provinces of Florence, Siena, and Arezzo. 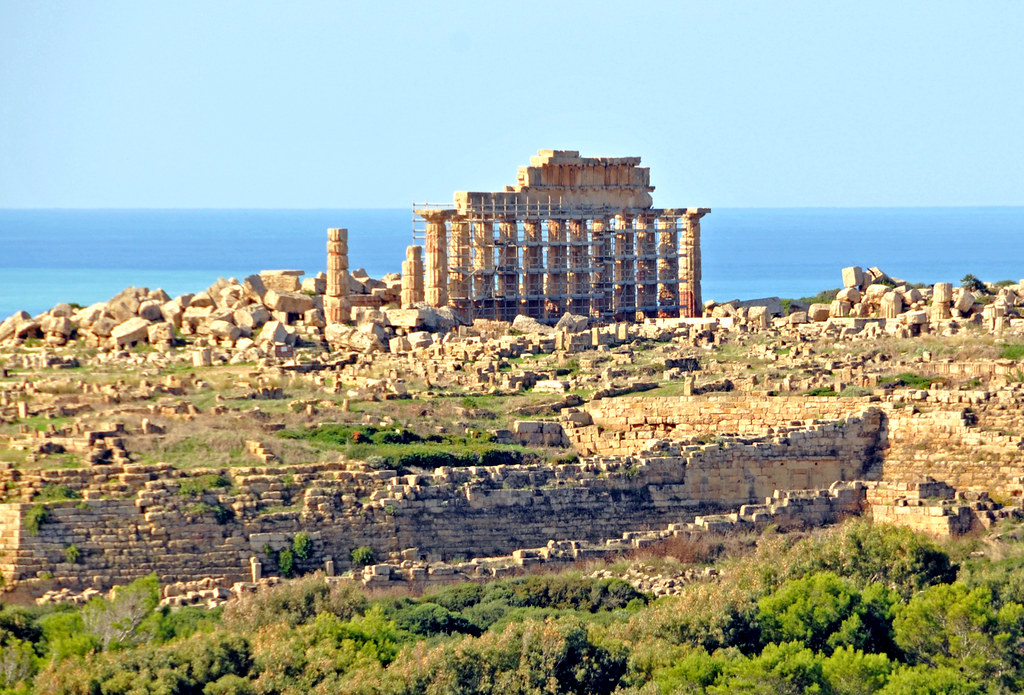 Italy is known for its boot shape, but it also has a surprising number of famous works of art, a lot of UNESCO World Heritage sites, and a warm, friendly welcome for visitors. So, Italy is a great place to go if you want to see the sun, culture, or history. It's clear that going to Italy for the first time is a lot of fun and an amazing experience. When you are making plans, there are a lot of great places to visit in Italy. Make a list of the things that get you excited and start right away.