Things To Do In Queensland, Australia

You have found the perfect place if you are seeking a list of the top things to do in Queensland, Australia. Those who have heard Queensland's tourist tagline, "Beautiful one day, perfect the next," know they are in for a wonderful treat. All kinds of vacationers may enjoy the region's year-round pleasant temperatures, abundant sunshine, breathtaking beaches, the Great Barrier Reef, lush tropical rainforest, and myriad wildlife encounters. 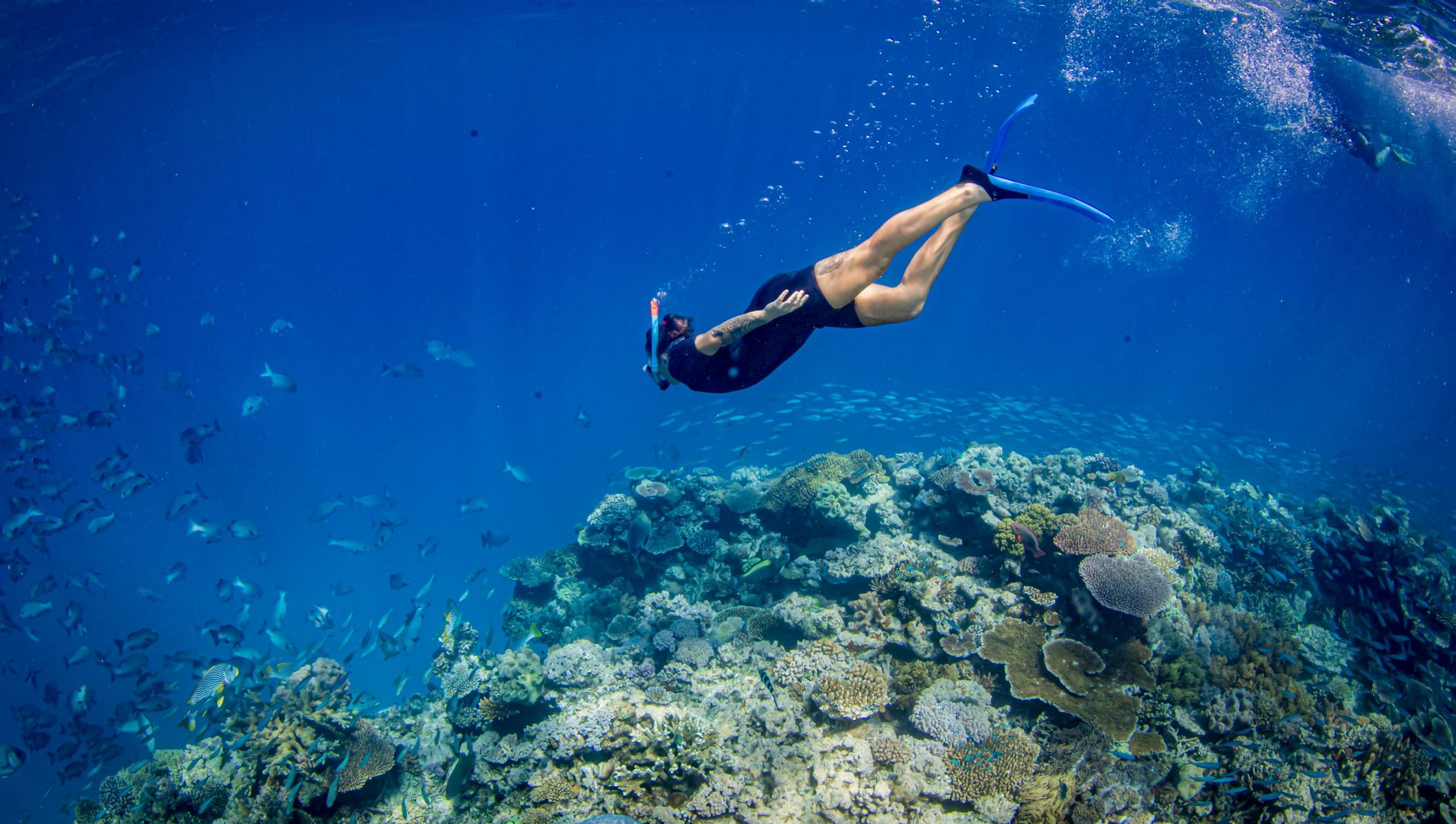 You may go on glass-bottom boat rides and go snorkeling at the same time on certain trips that take you out to a pontoon in the middle of the reef. The Lady Musgrave Island Experience departs daily from Bundaberg to the southernmost part of the Great Barrier Reef, where visitors may spend the day exploring. Activities like snorkeling, diving, swimming, glass-bottom boat trips, and even helicopter flights are common on such cruises. Keep your eyes peeled for marine life no matter where in the reef you choose to explore. 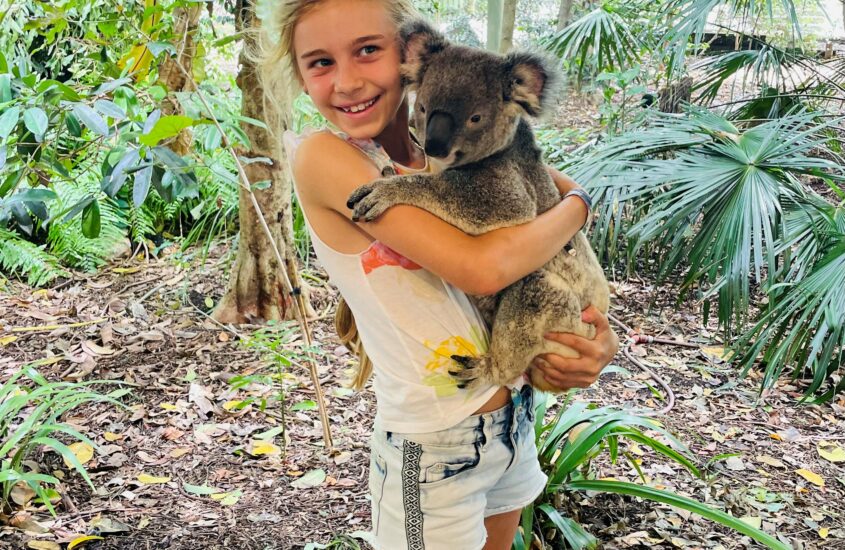 In the past, these lovable critters may sometimes be seen in the gum trees of suburban yards. Now, however, the only places to observe these adorable creatures are in one of Queensland's numerous wildlife reserves. Lone Pine in Brisbane, the Currumbin Wildlife Sanctuary on the Gold Coast, and the Australia Zoo on the Sunshine Coast are all great options.

If you're set on getting a snuggle, you should realize that the park only permits a certain number every day.

See a Crocodile in the Wild 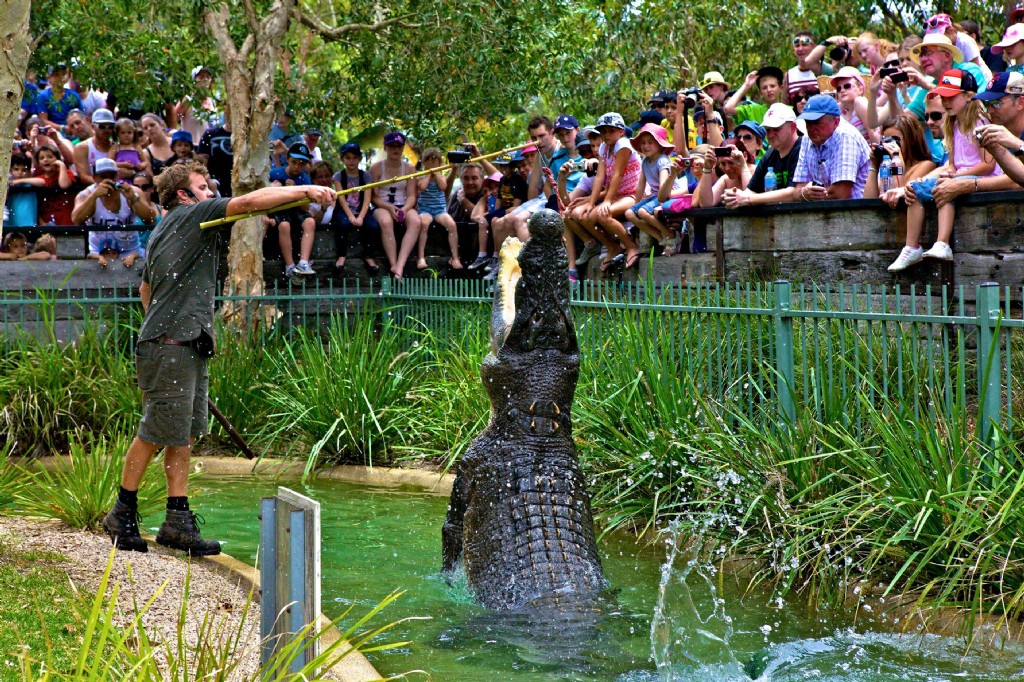 Experience the city and the bush with activities only available in Queensland. Visiting one of the many Queensland wildlife sanctuaries to view a crocodile is an amazing experience, but seeing one in its natural habitat is a whole other level of awesome. The Daintree River in far north Queensland is the finest spot to watch wild crocodiles.

Be out on the water on one of the many cruises and get ready to witness these gigantic animals soaking up the Queensland sun. Go while the tide is low, that's my advice. This will allow you to see the whole crocodile as it makes its journey down the river, rather than just its tail. From the comfort of the boat, though, seeing these fantastic creatures is a really amazing experience. 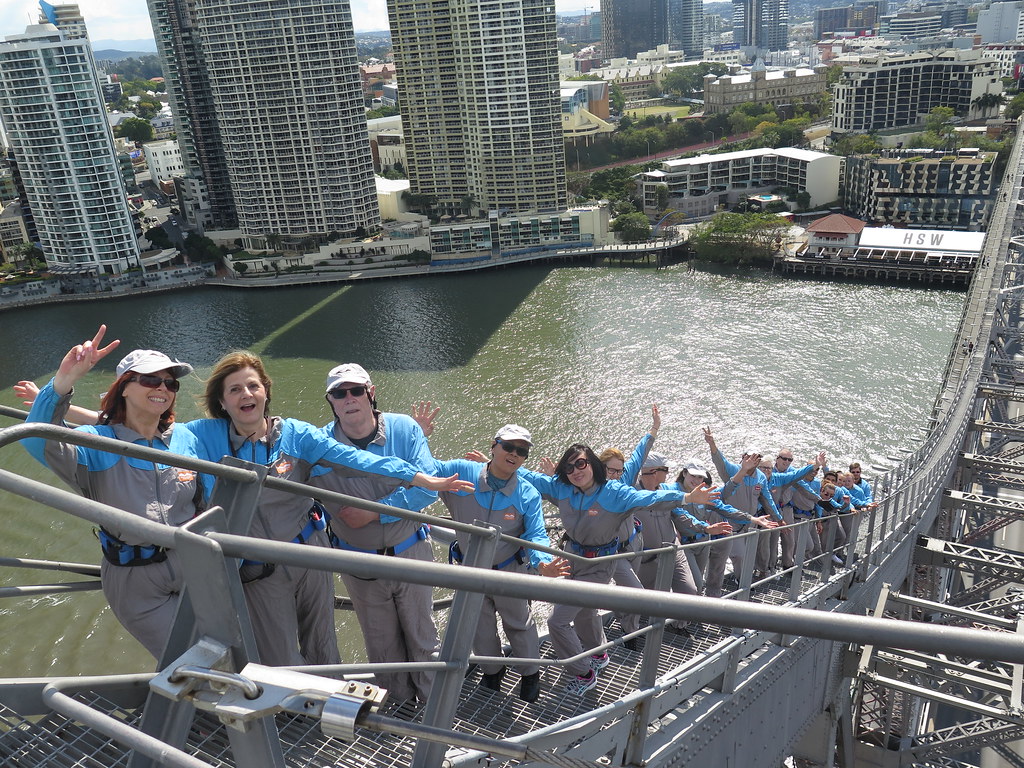 In the heart of Brisbane, the Storey Bridge stands out as a major landmark. Did you know, though, that it is one of just three bridges in the world that can be climbed? The elevation of the Story Bridge is 72 meters. Moreton Bay to the east and the Scenic Rim to the west are both visible from the peak.

As you make your way to the top of the bridge, knowledgeable guides will fill you in on the history of the structure and the city of Brisbane. You may even abseil down the side of a bridge pylon if you desire. If you're not in incredible shape, you can still cross the bridge. However, you need to be comfortable with a lot of stair climbing. The whole duration of the event is around 2 hours.

Check out the native animals of Australia 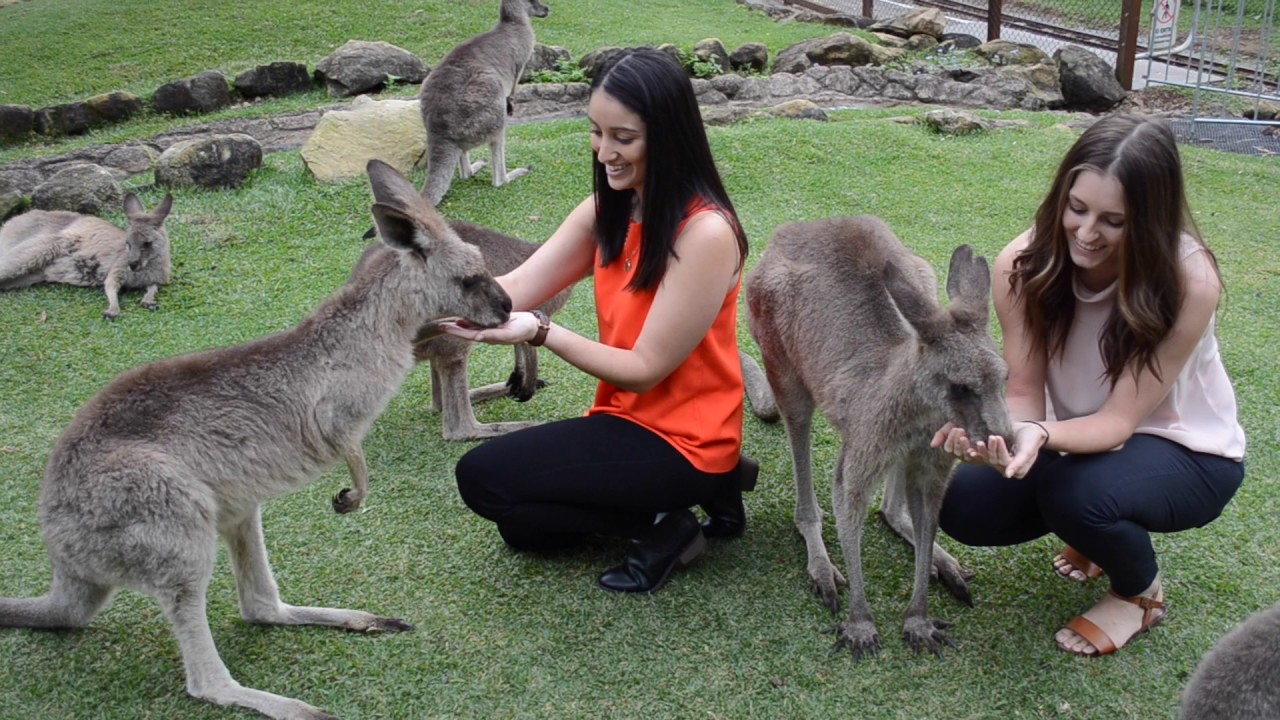 Queensland is one of the best places in Australia to witness native animals in their natural habitat. But if that doesn't work out, you can always visit one of our many fantastic wildlife sanctuaries to observe them in their natural habitat. Lone Pine near Brisbane, the Currumbin Wildlife Sanctuary on the Gold Coast, and the Australia Zoo on the Sunshine Coast are just a few of the excellent wildlife parks in the region.

On the other hand, if you have a full day and want to view the most creatures possible, you could visit Steve Irwin's famed Australia Zoo. Australian lizards, crocodiles (both freshwater and saltwater), koalas, birds of prey, kangaroos, red pandas, and tigers are just a few of the species that may be seen.

Tortoises, otters, koalas, birds of prey, and crocodiles are just some of the animals that will be making appearances throughout the day. The Australia Zoo Wildlife Warriors put on the day's biggest spectacle. The Crocosuem's daily show is a once-in-a-lifetime opportunity. Huge birds, reptiles, and crocodiles of the saltwater kind will all be on display for you to see and learn about. Before you go, make sure you know what time each presentation begins. 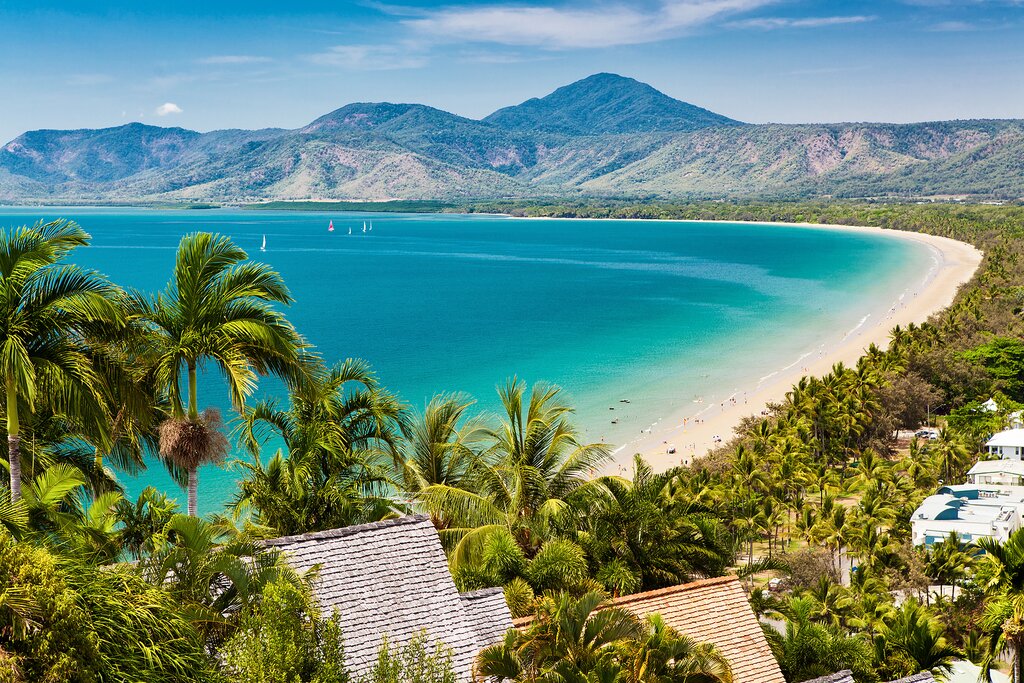 Some of Australia's nicest beaches may be found in Queensland, and the state also has some stunning tropical islands. The Whitsundays, which may be found off the coast of Airlie Beach, is Queensland's most famous and often visited group of islands. Islands with pure white beaches and gorgeous blue sea, almost as in the picture. One of the most well-known beaches in all of Australia is Whitehaven Beach.

Hayman, Hamilton, and Daydream are just a few of the islands that welcome visitors. A picturesque flight over the Whitsunday Islands is a highlight of a day excursion from the mainland at Airlie beach. The islands around Brisbane, the capital of Queensland, are also very beautiful.

Stradbroke Island, Fraser Island, and Moreton Island are only a day's drive away from the metropolis. Given its size, a few days are ideal for exploring Fraser Island. A larger sand island does not exist. Lake McKenzie is only one of many beautiful locations on Fraser Island, which is also famous for its enormous sand dunes and excellent diving areas. Both campers and those seeking a more opulent vacation experience go to these islands. Wild animals including kangaroos, koalas, dolphins, and pelicans are easy to view on Stradbroke Island.

Green Island, Magnetic Island, Lady Elliot Island, Lizard Island, Fitzroy Island, and Bedarra Island are just a few of the many islands found in far north Queensland. While in Queensland, you must visit at least one of our beautiful tropical islands, even only for a day. 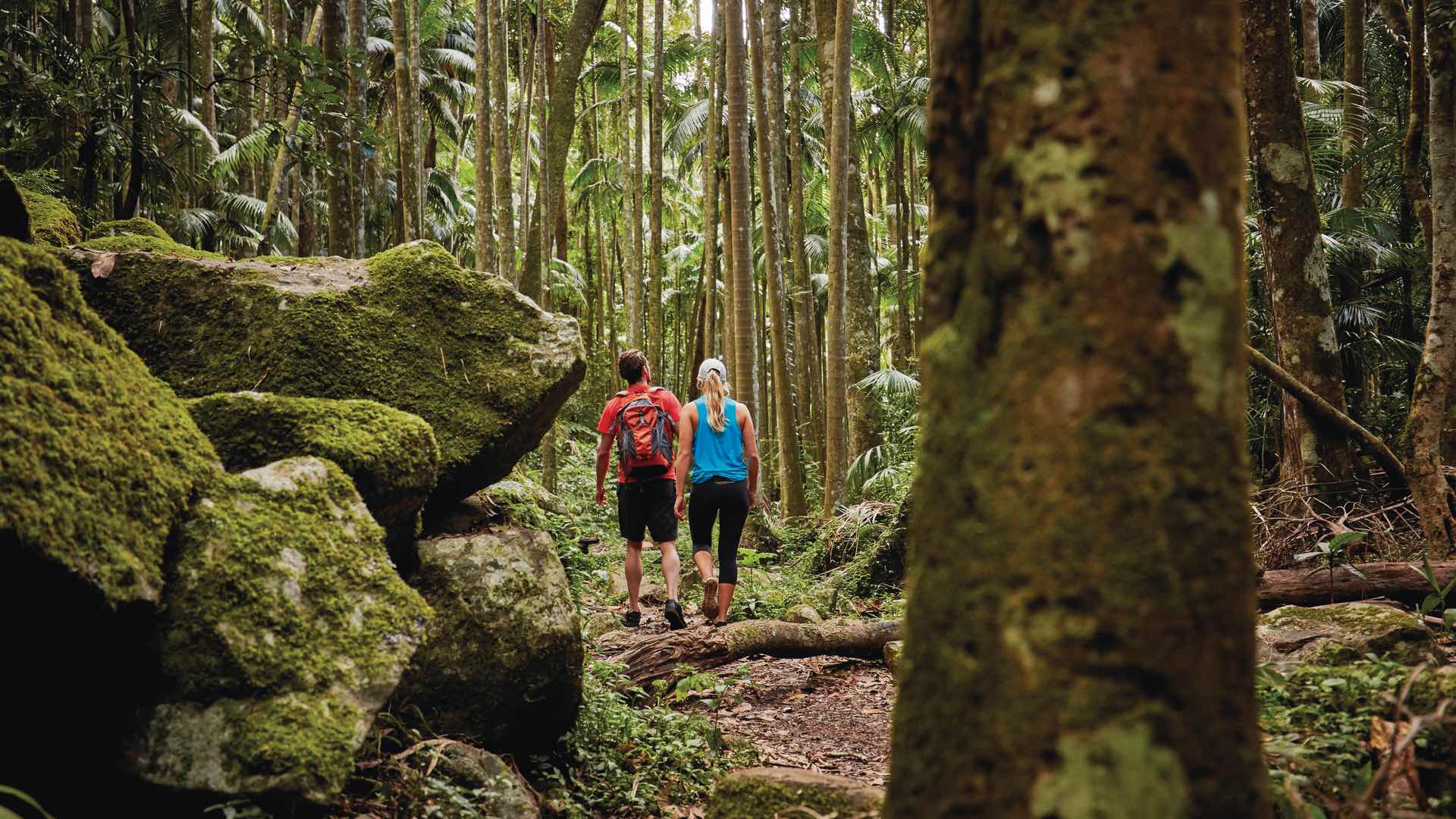 There are more than 200 national parks in Queensland, so wherever you travel, there will be a beautiful national park not far away. Many of Queensland's national parks have breathtaking vistas, opportunities to observe native animals, and beautiful waterfalls. Noosa National Park is one of our favorites because of its beautiful coastline and its many different walking trails of varying degrees of difficulty. These trails allow you to explore the jungle and the stunning shoreline.

There are trails ranging from a few hundred to five and a half kilometers in length. Tea Tree Bay, Winch Cove, and Granite Bay are just a few of the fantastic beaches to be found in Noosa National Park. Little Cove is my favorite Noosa beach and is located just outside the national park. Another tranquil haven close to the city is Burleigh Heads National Park on the Gold Coast.

National parks such as Springbrook and Lamington may be found farther inland from the Gold Coast. The hinterlands of the Gold Coast and the adjacent Sunshine Coast are both very lovely. There are beautiful waterfalls and thick jungles in Springbrook National Park. Visit the Springbrook Plateau and take pictures of the water flowing over the Natural Bridge. Throughout Lamington National Park's nearly 160 kilometers of trails, you'll find waterfalls and a wide variety of flora and wildlife that date back thousands of years.

Daintree National Park is located in far north Queensland and is a protected area that is part of the World Heritage List. Mossman Gorge in the south, the Daintree River in the middle, and the Cape Tribulation rainforest in the north are all included in the Daintree National Park region. There are a lot of wonderful things to see and do in this area, such as the Great Barrier Reef and the tropical rainforest and rivers full of crocodiles, and freshwater streams and beaches that haven't been touched by humans.

Dolphin Cruise to The Tangalooma Wrecks 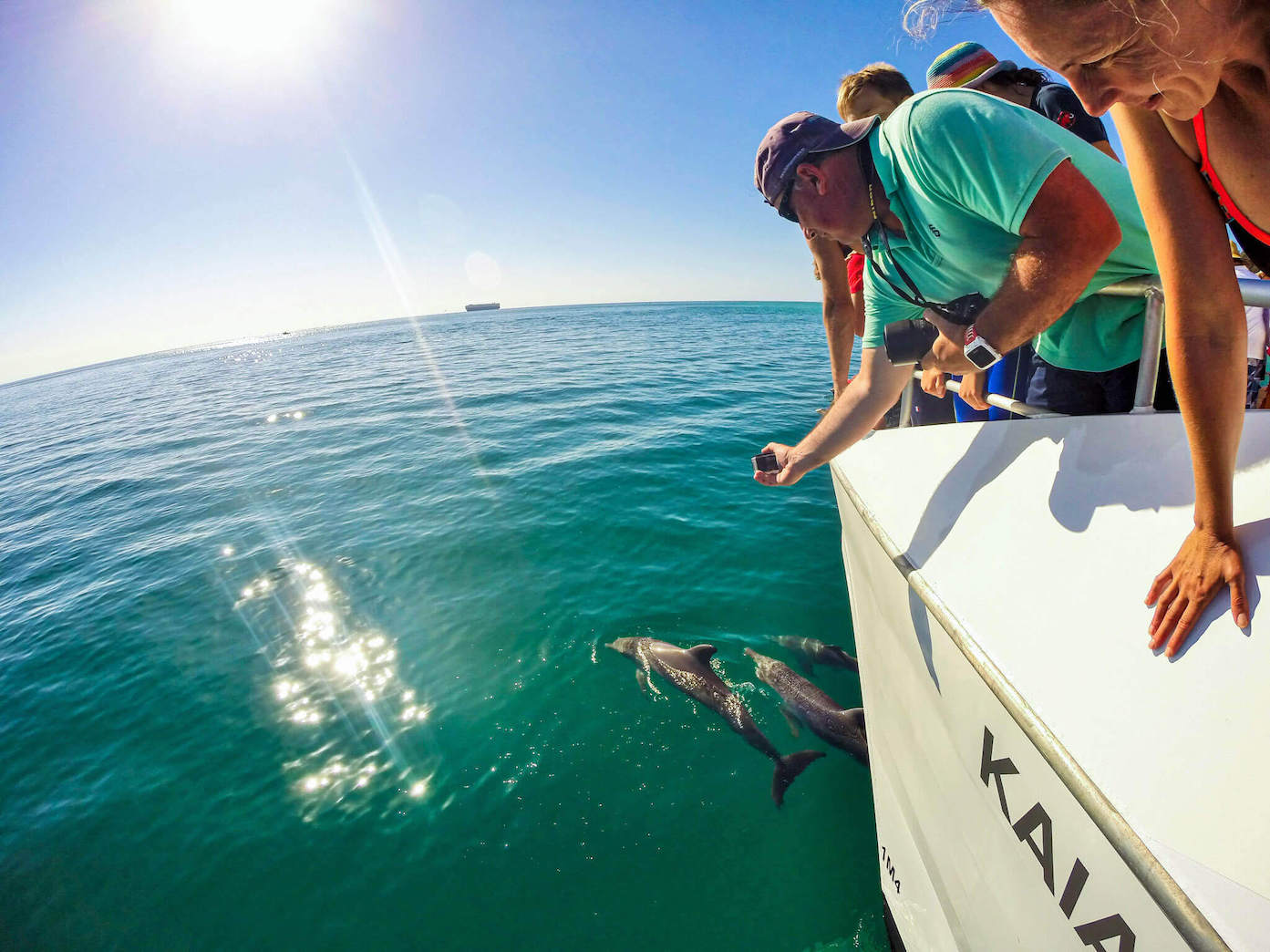 Spend the day in tropical paradise exploring the crystal blue waters of Moreton Bay Marine Park on an eco-tour. Take your time exploring the Tangalooma Wrecks, and prepare to see bottlenose dolphins and other sea creatures.

Temporary migration is also the life of the majestic humpback whale, which comes to these seas from June to November. Depending on the weather, this excursion might possibly include fish feeding and snorkeling at the incredible Tangalooma Wrecks.

Spend The Day At Australian Zoo 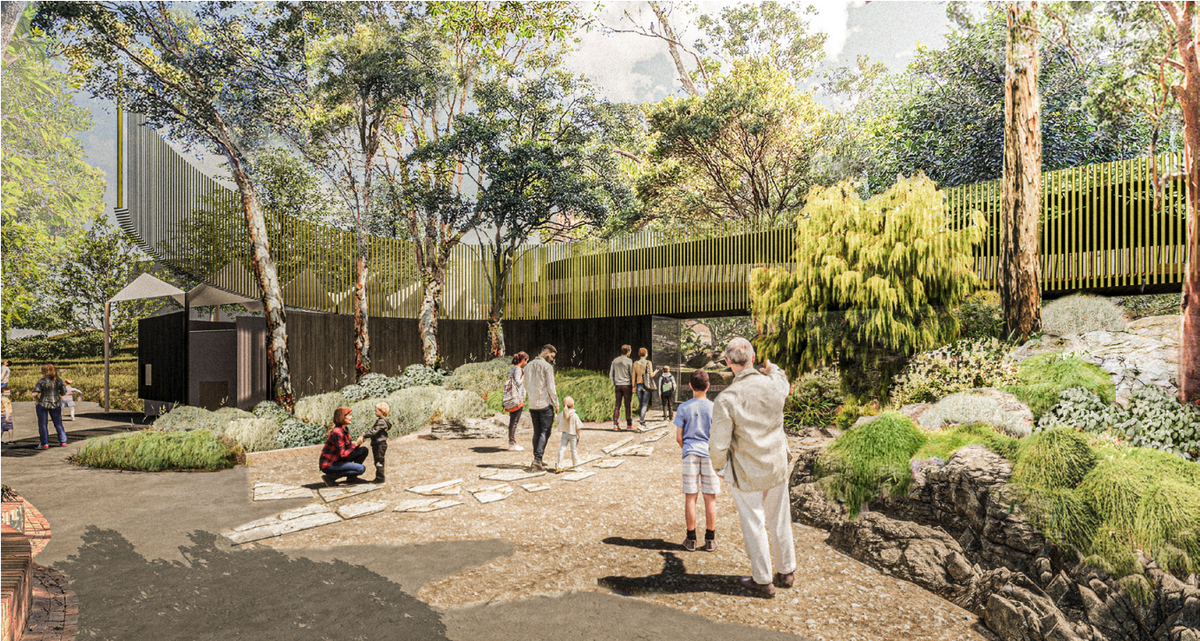 The Australian Zoo, made famous by the charismatic crocodile-loving Aussie naturalist Steve Irwin, is one of the most beloved tourist destinations in Queensland. More than 110 acres of land make up the zoo, so bring comfortable shoes for strolling.

The most popular Australian creatures such as kangaroos, koalas, emus, dingoes, and crocodiles may be seen with other fascinating species such as Sumatran tigers, meerkats, rhinos, cheetahs, zebras, giraffes, and elephants.

In addition, the crocoseum shows put on here are a great chance to learn more about some of the interesting species like crocodiles, birds of prey, and snakes that live at the zoo. You may also ride a camel, pet a koala, or feed a kangaroo or red panda. 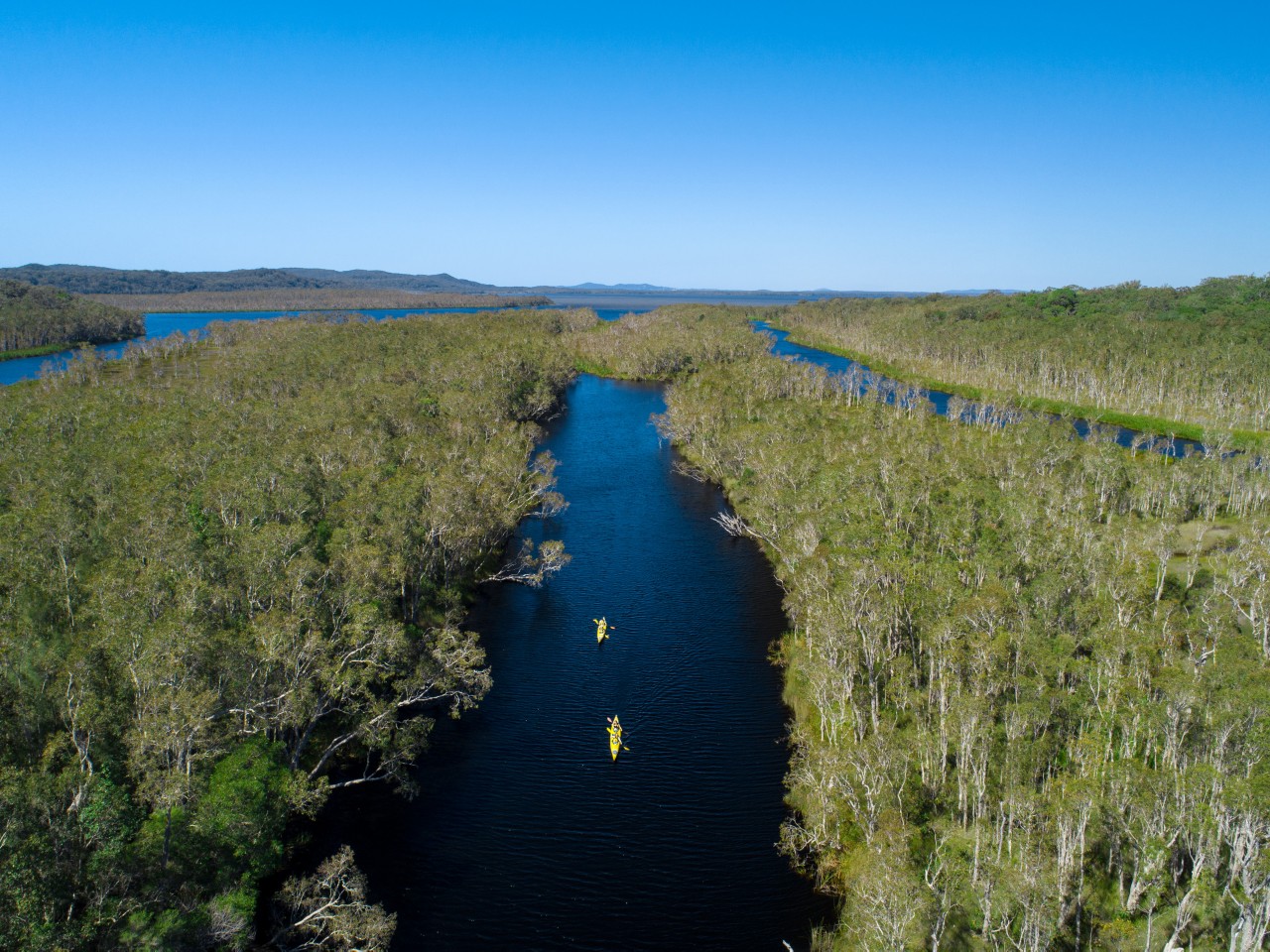 Noosa Everglades is one of the region's best-kept secrets, but getting there won't be a problem, and exploring the area won't take more than half a day. Visit the Noosa Everglades and experience nature at its most active with a variety of exciting water-based activities including self-guided kayaking, canoeing, and even a BBQ river cruise.

While exploring the tranquil and mysterious mirrored waters of the Noosa Everglades, you will also come across a wide variety of animals and plants, including many endangered and endemic species, that find refuge in the park's 56,000 hectares. This day trip is going to seem like a little vacation in and of itself.

The state of Queensland is Australia's most well-known tourist destination, earning it the nickname "the Sunshine State." Vacationing in Australia is a great way to spend time outdoors, whether you're traveling with friends, family, or a significant other. With such a wide variety of attractions, your time in Queensland is sure to be filled with laughter and beautiful photographic opportunities.